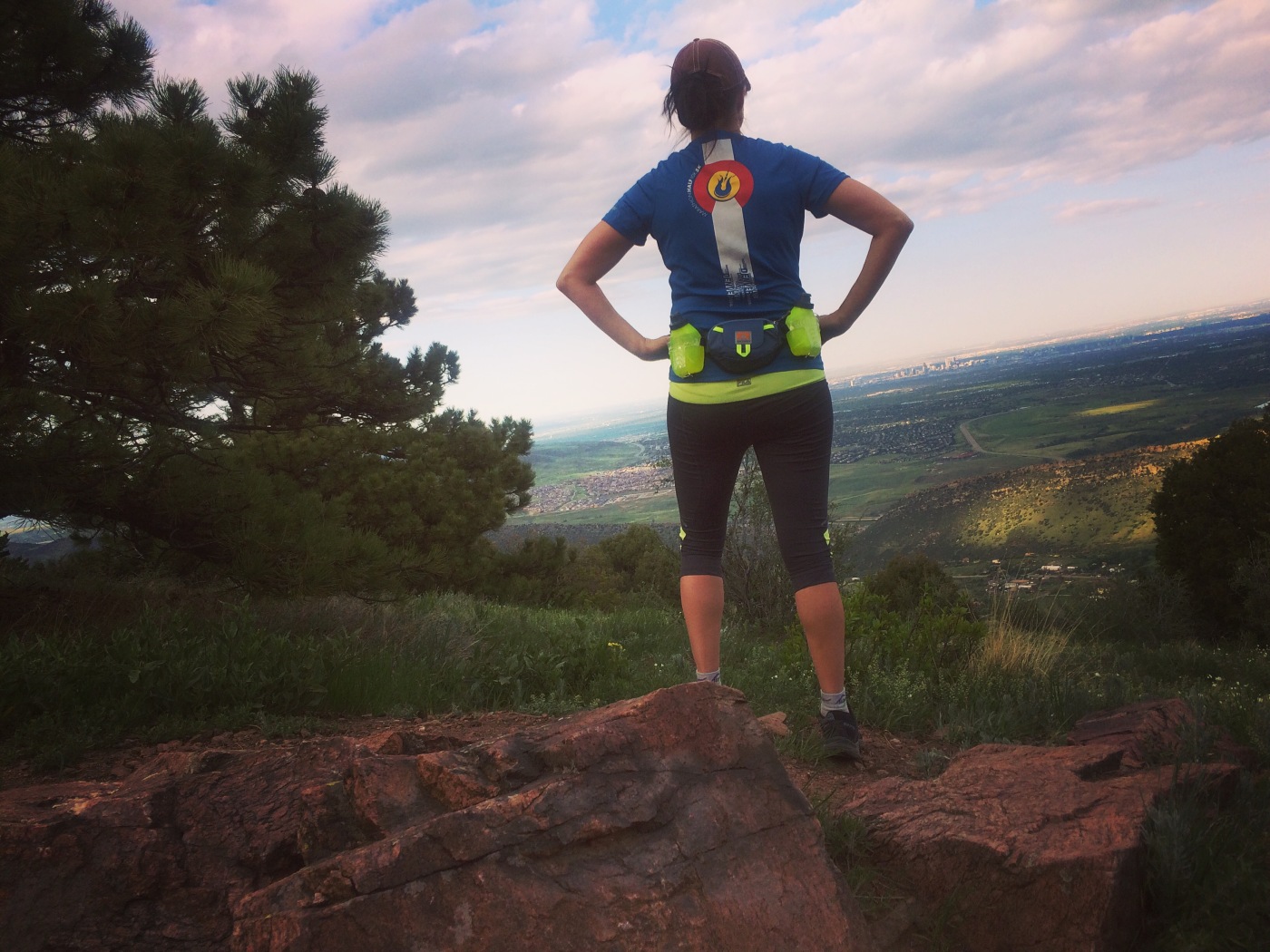 College: ummm, running from one end of the University at Buffalo campus to the other for class

Las Vegas Living: The effort was made, but just too damn hot outside

Key West Living: Ugh, attempts were made, just too hot and humid outside

Move to Denver May 2014: Goldilocks says, “Ahhhh, this is just right!”

And so, three years ago I finally got into my running groove. I moved to an apartment near beautiful Wash Park (the Central Park of Denver if you will) and its terrific 2.6 mile gravel/dirt running loop. The spectacular scenery, the vibrant running community, and the excellent weather really made it easy for me to run year round. I’m running half marathons now too which I never even dreamed about until moving to Denver.

This past November, Aaron and I moved away from the city, away from Wash Park, and into a place closer to the foothills. I was really apprehensive that the new location might have an impact on my ambition to run. Well, as much as I have enjoyed running at Wash Park, I have found a new appreciation for running in our new ‘hood. We live steps from the Bear Creek Trail which has been awesome! Running parallel to the cement, multi use Bear Creek Trail is the dirt Stone House Trail. A few weeks ago I stepped onto it and discovered just how truly refreshing it is to run in the woods on a dirt trail. No headphones, just the sound of the water rushing in the creek, birds chirping, and the crunch of the ground beneath my feet.

A week later, REI was having a big sale and I certainly couldn’t pass that up! I came home, outfitted with a new buff, new Salomon trail running shoes, and a running belt.

So I guess I’m a trail runner now!

Stay tuned for future blogs on some of my favorite trails to run as a beginner trail runner and some useful stuff that I’m learning along the way!